SBSR 2019: The New Great Game – connecting the Black Sea and the Balkans 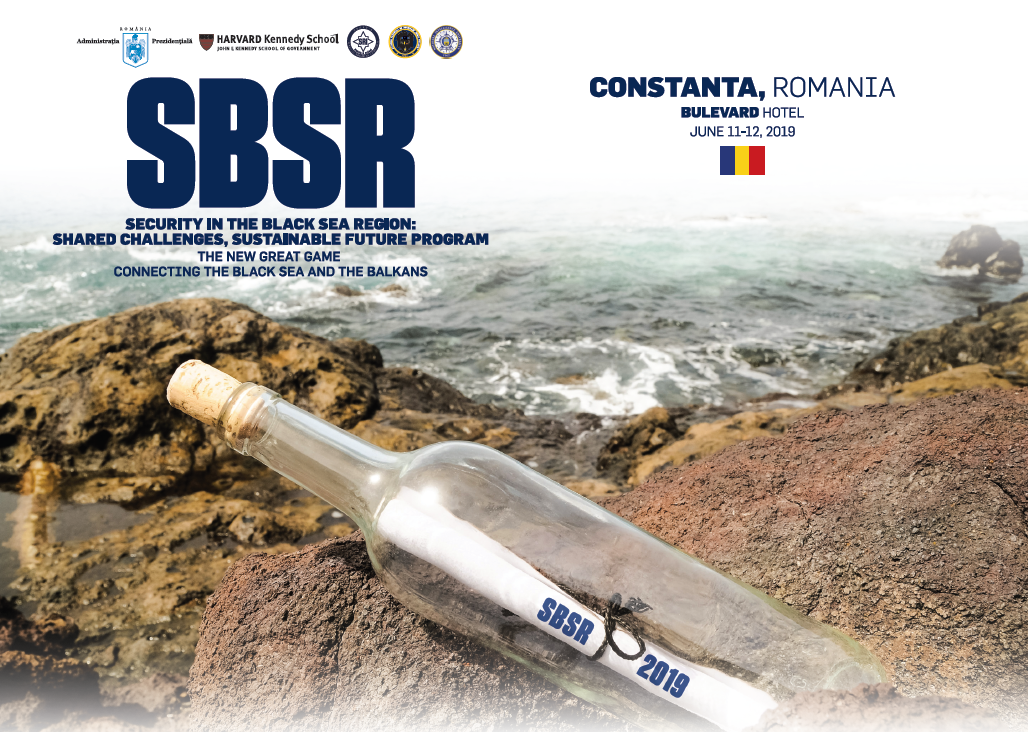 Organized under the high patronage of the Romanian Presidential Administration, the Program benefited from the support of our two main partner universities – Harvard University and the National Intelligence University (NIU). Lecturers and participants from the Black Sea Region and the Western Balkans, USA, Europe, NATO and the EU attended the Program, representing the academic environment, security and intelligence services, External Affairs and Defense Ministries.

In order to provide the participants with the opportunity to approach the main issues of the two Regions from multiple angles, this year’s edition was set as a back-to-back event with the Black Sea and Balkans Forum, underpinning a wide dialogue and knowledge platform, which aims to create interinstitutional connections, needed for a mutual perception of the future developments of the regions.

As mister Brigadier General Cristian BIZADEA, the deputy director of the Romanian Intelligence Service, pointed out in the opening ceremony, the purpose of this edition is to connect the strategic dots of the two regions, in order to sustain a common message promoting the importance of mutual understanding and cooperation, through a permanent interchange of innovative ideas and good practices, in the prevention and countering of the regional threats.

Within the four thematic panels, the regional security challenges have been evaluated, undertaking an academic approach, by integrating the political, economic, socio-cultural, national and regional security coordinates, offering an interactive dimension during the four sessions of applied exercises, dedicated to advancing and building public policy recommendation and possible solutions to turn the regional threats into opportunities. These were completed by two round tables dedicated to NATO and to the EU visions regarding the aimed topics.

This sixth edition of SBSR was closed by the award ceremony, hosted by the rector of the Academy, professor Adrian-Liviu IVAN, overlooking an academic program that has constantly evolved and adapted to both more dynamic and complex security challenges and to the practitioner’s needs, by offering an interdisciplinary knowledge base, integrating the innovations in the intelligence and security fields.